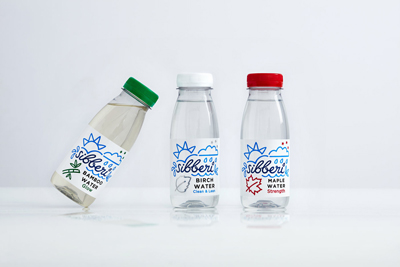 Sibberi’s co-founders Clara Vaisse, Mehdi Meghzifene and Paul-Adrien Cormerais, will be joining us on Twitter for #MIVReveals on Wednesday 29th June 2016 at 4pm.

Sibberi is a tree water company dedicated to bringing nutritious and delicious health foods to the UK market. Founded in 2015 by three friends with a passion for whole foods, Sibberi won the Unilever Food for the Future Award and the Lunch! Innovation Award in 2015.

Clare, Mehdi and Paul-Adrien met at University studying engineering (and skiing!) in Grenoble, in the heart of the French Alps, where they bonded over their love of fine foods and nature’s hidden gems.  Inspired by tales of the health-giving properties of birch sap, they embarked on a quest which lead them across Estonia and Latvia to find the pure, unsweetened sap unavailable in UK stores.

Sibberi uncovers the ultimate natural hydration with their unique range of revitalising, pure tree waters. The first to introduce Birch Water to the UK last year, Sibberi has now launched two exciting new lines: Maple Water, and Bamboo Water. All three waters are just as hydrating as coconut water, with up to four times less sugar. Proving to be no fleeting trend, the UK’s thirst for alternative waters is growing and the popularity of Birch Water continues to rise.

Sibberi stockists include Waitrose, Ocado, Boots, Selfridges, Whole Foods Market, Vital Ingredient, Partridges, Planet Organic and As Nature Intended, as well as a raft of independent food stores and gyms nationwide. Sibberi is also distributed at the offices of creative and tech companies such as Google and Foster + Partners.

If you want to hear more about Sibberi, then tune into our Twitter interview on Wednesday 29th June at 4pm, following the hashtag #MIVReveals.